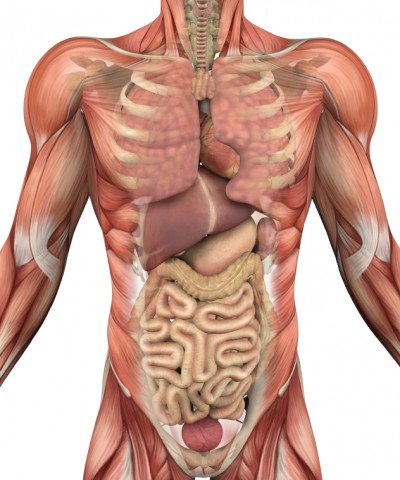 Muscles of the male torso, with a fade-away to reveal the internal organs and skeleton – 3D render.

I attended this human dissection workshop but it took an awful lot out of me emotionally and even after trying many times, I couldn’t put it into words! Jeannie and I were in the same group and we had a great connection. When I saw her blog entitled ‘My Week With Ken, I realised that she had encapsulated the experience so well. A big thank you to Jeannie for letting me share this with you.

5 days is not normally a long time to get to know someone. I knew nothing of Ken before that Monday morning. Our paths had never crossed but I soon came to respect and admire him. He was expressive, giving and yet we never uttered a word between us in those 5 days.

I spent these 5 days with Ken with a group of other students all keen to learn from Ken and others like him. Again, I knew nothing of these students before that day and yet by the end of the week I believe we all felt a certain bond which is fairly unusual in a learning environment.

My fellow students and I were embarking on a week-long human dissection course at Imperial College London under the expert guidance of Julian Baker. Filled with anticipation, anxiety and awe, we gathered in the dissection lab together where Julian entertained us with stories and pretty soon we were all laughing. It was the perfect environment – a situation that could potentially be quite upsetting to some was made accessible and enjoyable. We were there to learn after all but we had chosen one of the more challenging environments to learn. Why did we choose this way to deepen our knowledge? Surely an anatomy book could do the same? Surely we touch, move and massage people every day? Why did we feel the need to know more?

For me personally, it was the need to understand more and to want to help those I work with more. It was not my first visit to the dissection lab – I had undertaken two single days a couple of years ago, but found myself wanting to return. A dissection opens up more questions than answers and I had many questions unresolved.

In small groups of 7 we worked on a cadaver each. We were asked to choose the cadaver we felt drawn to the most. I was drawn to the man we now know as Ken. An elderly gentleman, tall with skinny legs but a rotund stomach – I wanted to know more of this man’s story. Together we named him Ken. We never knew his real name.

And so we began – tentatively our first cut through the skin, unraveling the layers beneath. Each layer told us a new story – it was like reading the most exciting novel. Skin, adipose tissue into deep fascia into muscle. The shapes and forms of the muscular body were so beautiful and nothing like the anatomy books! We relaxed, we chatted, and we became familiar with our fellow students – it was as though the bond deepened with each new layer.

We were exploring things that 99% of the population never see – unless you are a surgeon, when would you ever see inside a human body? Ken allowed us to see this – to see his life mapped out on a dissecting table. He had some stories to tell. He allowed us to look and explore his joints, muscles, internal organs. How do they really connect, how do they move, how does our lifestyle affect all of this?

By the end of the week, our group had connected. Friday afternoon was certainly the most challenging in many ways. It seems strange to say because Ken was in full human form on Monday morning, but he did not seem real in many ways. We were so full of passion exploring that until they brought out Ken’s coffin to us, he had seemed less real. That is in no way to be disrespectful but maybe it was our only way of processing the information and handling the depth of what we were actually doing.

But, at 4pm on Friday we loaded Ken gently, carefully and with the respect he deserved into his coffin. This was a man who had donated his body to medical science. He had given his permission for us to explore all but his soul. It was the most powerful experience I have ever had and I don’t think I will be the same again. It gives you a sense of your own self, your mortality and also the fact that we are just vessels. The soul, the mind, the feelings, the loves, the sadness – whatever Ken had felt in his life had all gone.

I and my fellow students are truly grateful to Ken for all that he has given. As we closed the coffin lid, we held hands, eyes closed and we said a silent prayer. Each of us probably thinking different things but wishing Ken a safe onward journey.

I thank Ken, my fellow students and Julian Baker for a wonderful week – memorable, life changing. For sure my teaching will change in many ways – it is now part of my onward journey to connect and help the living – the people who come to see me as part of their own journeys.

The biggest respect I can give to Ken now is to pass on all that he told me to the people I am fortunate to work with every day in the studio.

The name* has been changed.

This blog was originally published here by Jeannie Di Bon.