Is Soya Good For Me? 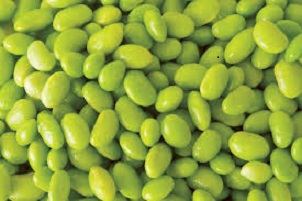 Do you have soya? If so, have you asked yourself if soya is good for you?

I introduced soya to my diet 19 or 20 years ago when I became a vegetarian. I knew nothing about it except that it was there and advertised as being a good source of protein.

At around that time, I wasn’t used to researching everything that I came into contact with or heard about. Also, I wasn’t as knowledgeable on health issues and the human body as I am now, therefore I think that I just went with the flow to believe that soya products are good to consume on a regular basis.

First of all, I tried tofu, which does not taste of anything and I only used it in my kitchen occasionally as I mostly ate it when I went to a Thai or Chinese restaurant. I rarely do anymore. Now I ask for extra vegetables!

The next soya product I tried is soya mince. The first time I used it, I tricked my husband to believe that I had made bolognese pasta. With a lot of herbs and spices, it worked and he loved it. It also gave more substance to vegetarian lasagna. But then, to my disappointment,  I found out that it was so highly processed that eating it had no benefit to the body whatsoever. I reluctantly dropped it.

How did soya get into our lives?

It all started when giants from the food industry decided to plant soya to extract oil from it and a very large soya industry began its journey into our life. After oil extraction, there were lots of soya by-products left over which could only be fed to animals in very small quantities. So hey, why not feed the leftovers or let’s say rubbish to the mass as they call us!

That’s how it all started!

By means of huge marketing campaigns1)https://www.flickr.com/photos/unitedsoybean, the soya industry has successfully convinced the population that soya is a health food which when consumed on a daily basis can help us stay healthy,  overcome some conditions and also reduce the symptoms related to the menopause.

I’ve recently found out that the soya industry omitted to tell us that there are two types of soya.

The good and the bad – two types of soya

The two types of soya products are made up of fermented and unfermented soya.

After a long fermentation process, the phytate and antinutrient levels of soybeans are reduced, and their beneficial properties become available to our digestive system.

Phytic acid, which is commonly found in the hull or bran of seeds, is now known to block the uptake of essential minerals, such as calcium, iron, magnesium, copper, and zinc, in the digestive tract. The soybean has one of the highest phytate levels of all the grains and legumes that have been studied. Moreover, the soybean is highly resistant to normal phytate-reducing techniques, such as long, slow cooking.

Studies have shown that when we reduce phytic acid in food, we absorb more minerals from that food.

We also have to remember that soybeans are grown in farms that use toxic pesticides and herbicides, and many are from genetically engineered plants (GM) which could be a major health hazard.

I am not opposed to all soya products. Soya can be incredibly healthy, but only if it is organic and properly fermented.

For these reasons, the risks of consuming unfermented soya products far outweigh any possible benefits.

What soya products are good for us?

Japanese people eat soya products, but it’s primarily fermented soy that they consume, and it’s always been that way.

A Japanese friend of mine who lives in Japan translated a very small part of a study on soya products she found after I asked her opinion on the subject. Apparently, despite the increase in the consumption of natto, the consumption of other soy products (fermented and unfermented) such as miso, soya sauce, tofu are decreasing each year. On this study, they compared the recent expenditure on soya products to 24 years ago. It’s decreased by 20%. It would be interesting to find out why.

Below are the primary fermented soya products you can easily find in good health shops:

What is your experience with soya?

Further reading on soya in our food (recommended).